A new monument is unveiled at The Park

Saturday, August 8, 2015 saw a new monument unveiled at the Gander Heritage Memorial Park. This stone marker was unveiled to commemorate the 75th anniversary of the arrival of the The Queen's Own Rifles of Canada in Newfoundland during World War 2 on Saturday, August 10, 1940. They arrived by ship into the Port of Botwood on that same day, some stayed in Botwood and the remainder moved on to Gander by train. Their mission was the defense of Newfoundland by providing security for both strategic airfields at Botwood and Gander.

This commemorative event was organized by The Maritimes Newfoundland Branch of the QORC. A similar stone marker was unveiled in Botwood the next day Sunday, August 9. I understand that the QORC got much needed help from 91 Construction Engineering Flight of 9 Wing Gander with both stone markers. 9 Wing Gander also provided the public address system and the music for the singing of "O Canada" and "God Save the Queen" for Friday's ceremonies in Gander.

The ceremonies started with the parade of veterans led by the QORC including a drummer and bugler. Dignitaries who spoke represented the Veterans, the Royal Canadian Legion, the QORC, 9 Wing Gander and the Town of Gander. Once the speeches were completed the official unveiling of the commemorative stone marker took place. After the unveiling the bugler and drummer played Last Post followed by 2 minutes of silence and then the bugler and drummer played Reveille. The parade was dismissed after a wreath was laid to remember fallen comrades. Veterans in attendance came from as far away as Victoria BC for this weekend's events and many lingered after the ceremonies to have their photos taken posing with the "Winged Victory". "Sgt. Gander", the QORC's "commemorative stone marker", the "Airmen's Memorial Wall" and the "Poppy Memorial Monument" on display at The Park for the afternoon (see below).

BACKGROUND
(from the unveiling ceremonies' program) 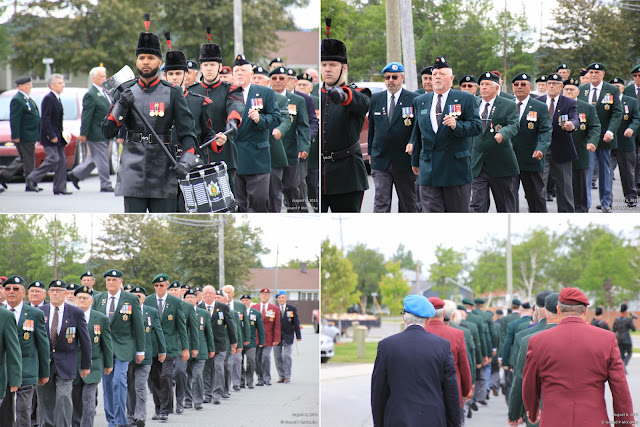 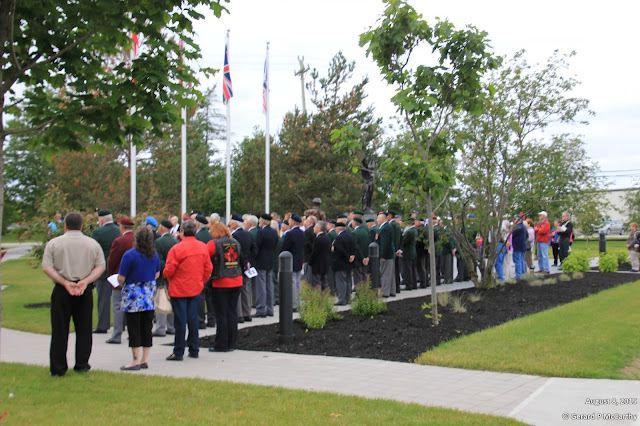 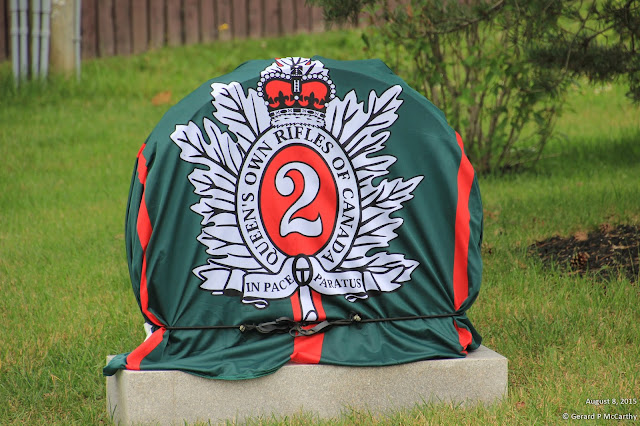 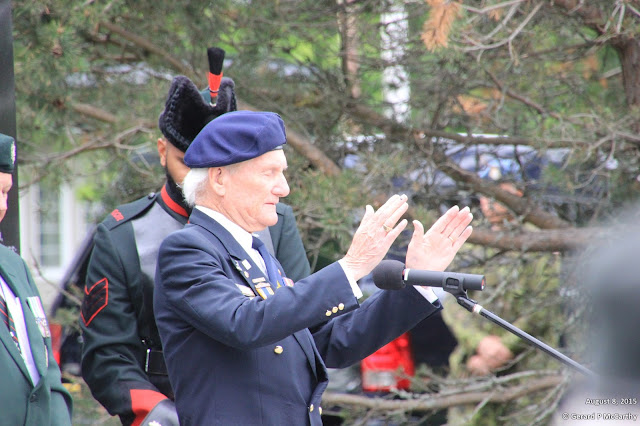 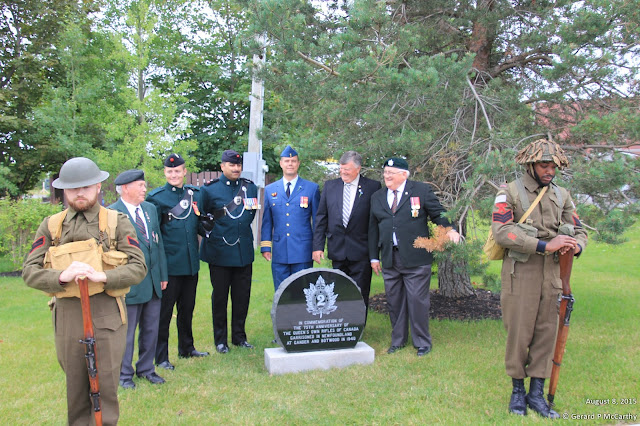 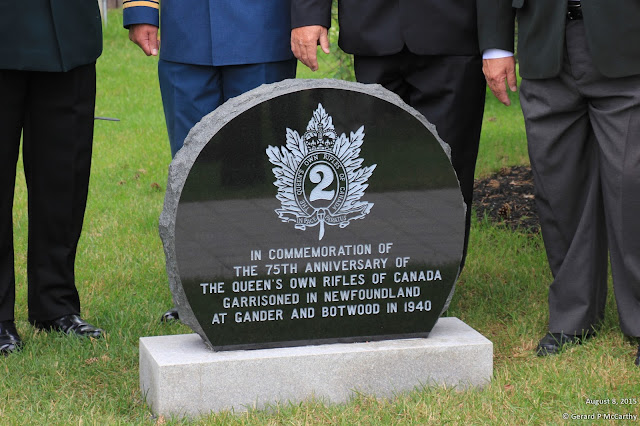 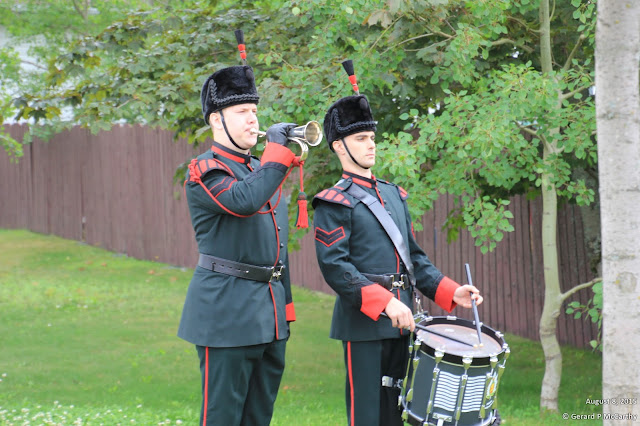 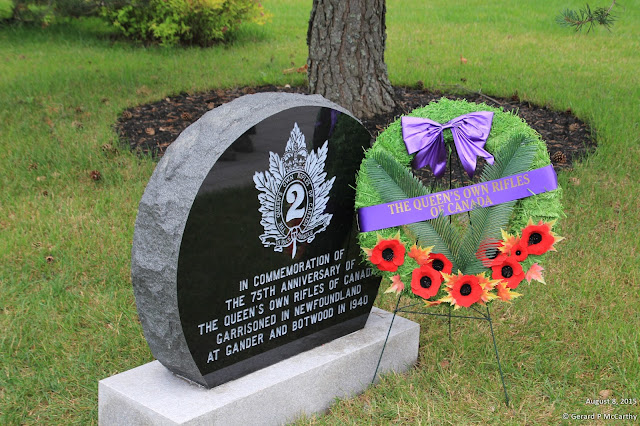 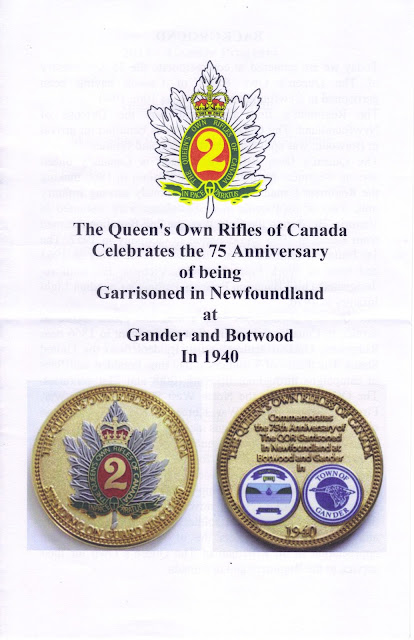 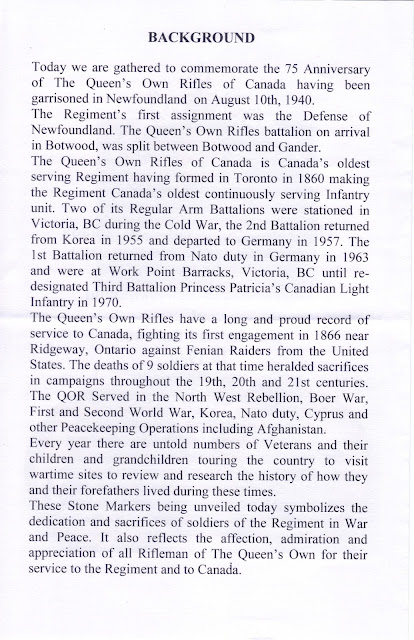 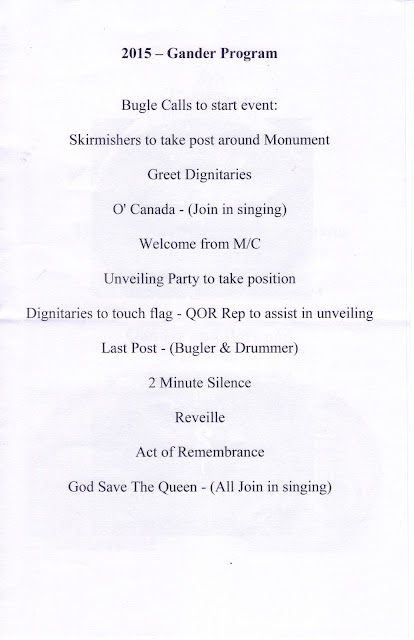 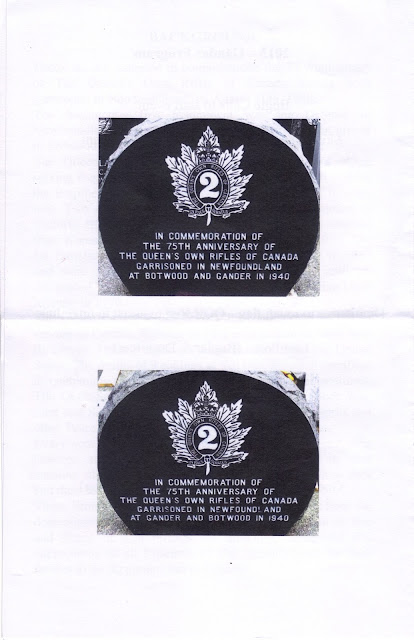 Before, during and after the Queen's Own Rifles of Canada ceremonies at The Park the Poppy Memorial Monument to remember the Canadian Forces members who lost their lives in Afghanistan was on display along with the Book of Condolences. The Book of Condolences has a page for every Canadian killed in Afghanistan. I had a chance to talk to all 4 Canadian Forces members who traveled with the monument to Gander for this occasion. They drove from Kingston ON to be in Gander for the QORC's ceremonies on Friday, went to Botwood on Saturday for the ceremonies there and started their long drive back to Kingston today Monday. 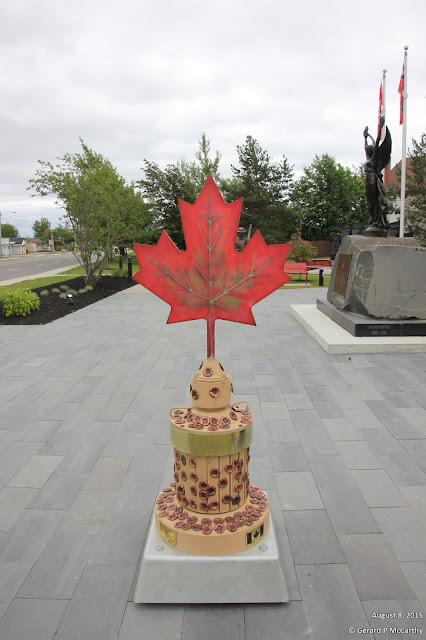 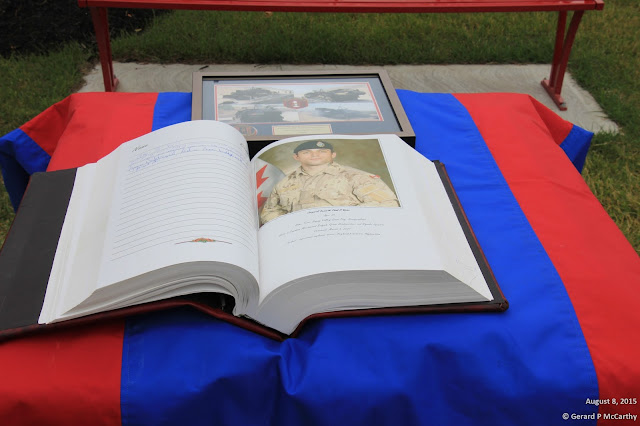 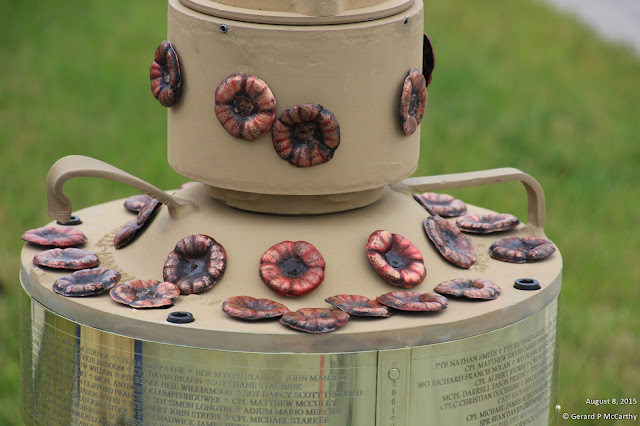 The Poppy Memorial Monument
You will notice that the 2 handles are different, the intact one on the right represents a Canadian soldier before going to Afghanistan and the broken one on the left represents the soldier who came home alive but maimed in some way or suffering from PTSD 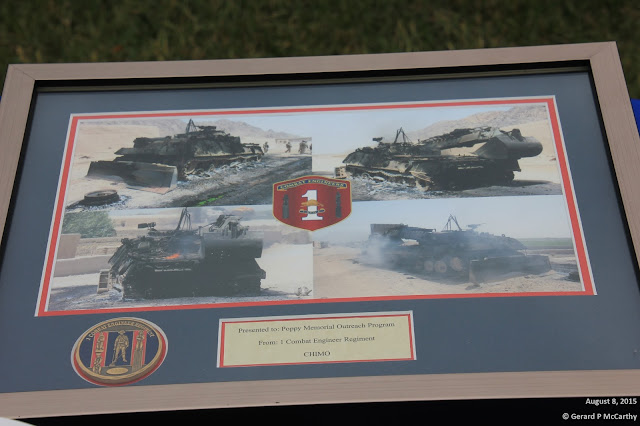 NOTE*** Your comments are welcomed!
However, all comments will be queued for review before being published and name=anonymous will be deleted unless your name is included at the end of your comment! This is to prevent spam, etc.
Before you click Publish your Comment please click on Name/URL and enter your full name. Don't forget you have to prove that you are not a robot - this is so automated spams cannot be dumped here!
Thank you. Gerard
Posted by Gerard - Administrator at 11:16 AM