Oh, what a time it was! Saturday, November 24th, the Ladies Auxiliary of the Royal Canadian Legion hosted a Seniors Pot Luck Dinner and Dance with all proceeds going to the Gander Heritage Memorial Park. Admission to the event was a donation to the Park and even those who could not attend sent along a donation. There were more than 60 people in attendance and the hot and cold entrees were absolutely fantastic and the desserts were divine! Dancing and listening music was provided free-of-charge by the band Six-Pack (unusual name as there were eight members in the group). They played non-stop for 2 hours and the dance floor was just swinging!

Our Committee Member Betty Burt donated a Christmas Pudding and a War Cake and tickets were sold on same by Lew Pearce with the lucky winners as follows: War Cake - Melvina Brett, Christmas Pudding - Frances Skinner. If anyone wants tickets sold – Lew Pearce is your man! There were multiple door prizes awarded and our congratulations to all the winners. Cynthia Pheifer of the Ladies Auxiliary has generously donated a beautiful hand-made denim quilt and tickets are being sold at just $1.00 each until the draw date of December 21st with all proceeds again to our Park.

The Gander Heritage Memorial Park Committee expresses sincere thanks to all who attended for their kind contributions, the Ladies Auxiliary for their great organization and untiring work, the clean-up crew, the band Six-Pack and all donors! Proceeds will be announced after the quilt draw on December 21st. Watch for it! 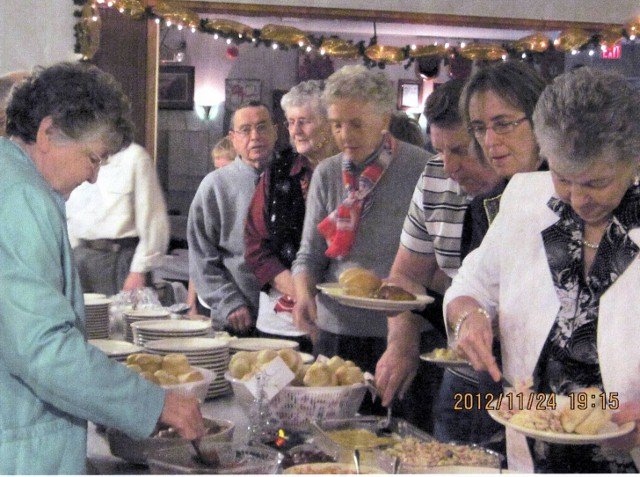 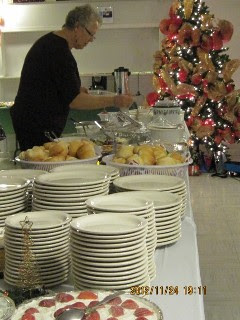 NOTE*** Your comments are welcomed!
However, all comments will be queued for review before being published and name=anonymous will be deleted unless your name is included at the end of your comment! This is to prevent spam, etc.
Before you click Publish your Comment please click on Name/URL and enter your full name. Don't forget the scrambled words - this is so automated spams cannot be dumped here!
Thank you. Gerard
Posted by Gerard - Administrator at 7:08 PM