The Park’s new monument honouring Ferry Command was dedicated on Sunday, September 17, 2017. We are a bit belated in telling the story here on The Park's website but we feel it needs telling as Ferry Command played such a big role in Gander's history. With reference to the year 1946, even though WWII ended in 1945 "Ferry Command continued in operation until it was formally dismantled in 1946 according to our research.". (Gerard)

The history of Gander’s role in the WWII effort would not be complete without a tribute to the unsung heroes of Ferry Command.

The Park’s new monument honours those brave civilian and military pilots. During the Battle of the Atlantic ceremony held on September 17, 2017 the monument was dedicated by the Reverend Wesley Oake.

Ferry Command, a collaborative effort of civilians, the Royal Air Force, the Royal Canadian Air Force, and other allies, was an ambitious effort to transport combat aircraft manufactured in Canada and the United States to WWII operational airfields in the United Kingdom, and other theatres of war.

To avoid catastrophic losses incurred by sea transport, the plan was to fly the aircraft across the North Atlantic Ocean. Given that there had been fewer then 100 successful air crossings of the Atlantic Ocean, the transatlantic flights of Ferry Command were an exercise in ingenuity, determination, and immense bravery.

Over the course of the War, almost 3500 civilian and military personnel from 23 allied nations (including 1500 Newfoundlanders) played roles in Ferry Command. Of the 10,000 aircraft designated for trans-Atlantic delivery, an unanticipated 95% arrived safely. A significant number of flights across the North Atlantic departed Gander at night and during the winter months. At least 560 personnel lost their lives in these efforts.

The following links relate to the photos found on the middle and right panels of the monument ...

The Park in winter!

While I was home in Gander for Christmas 2017 I went to visit The Park on Tuesday December 19 2017. It was a large cold blue sky day while I took these few (9) photos! 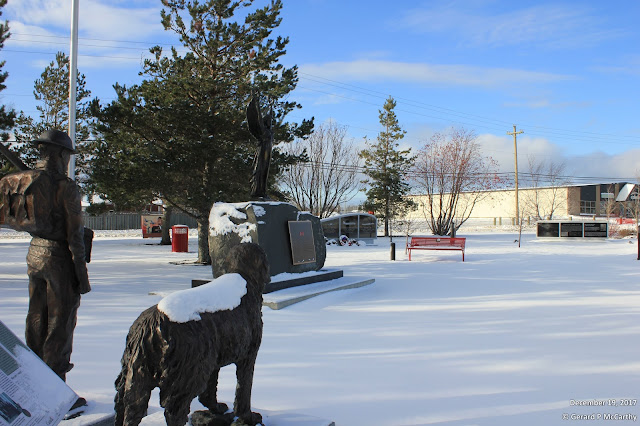 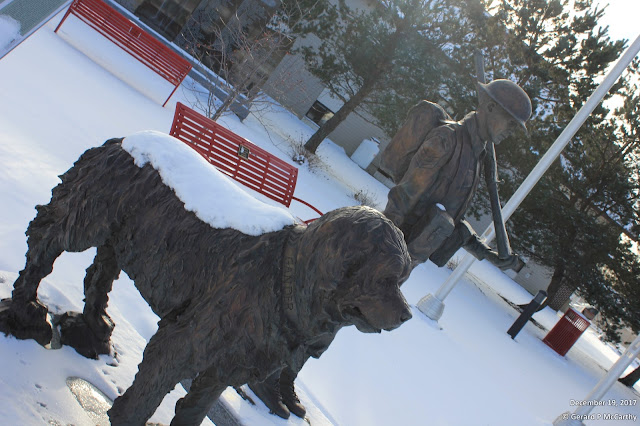 Sgt. Gander and his handler 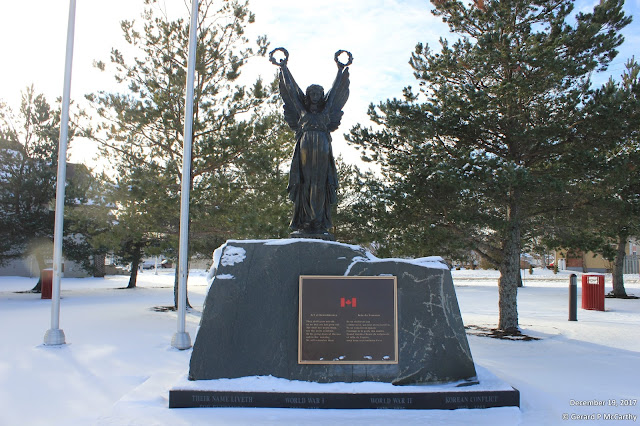 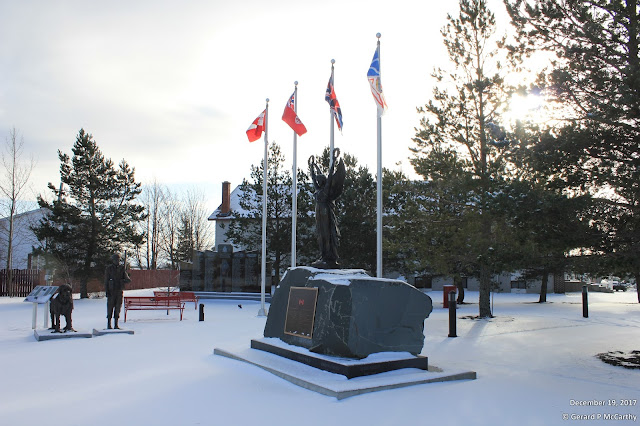 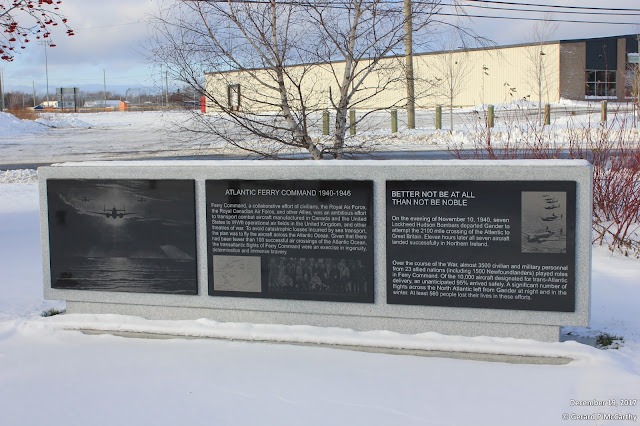 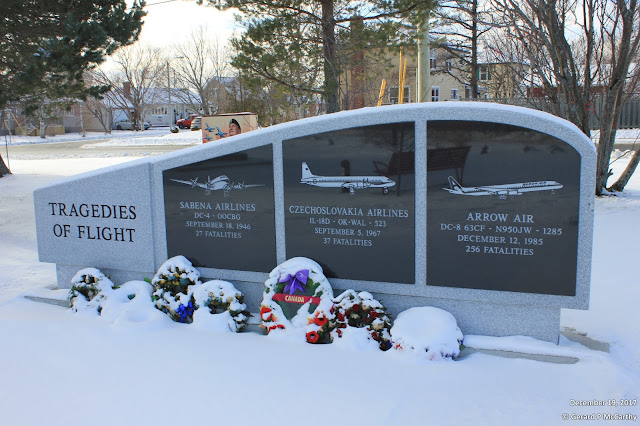 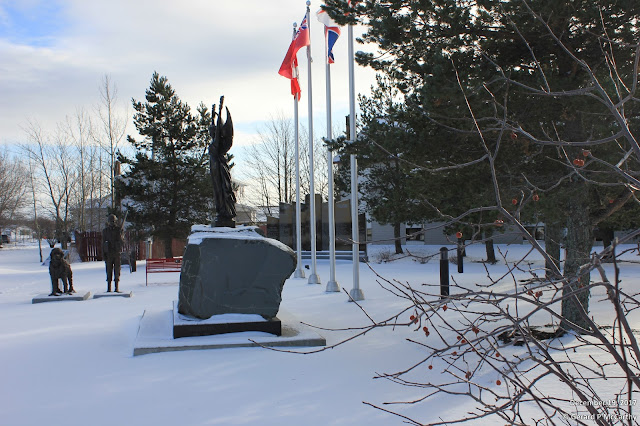 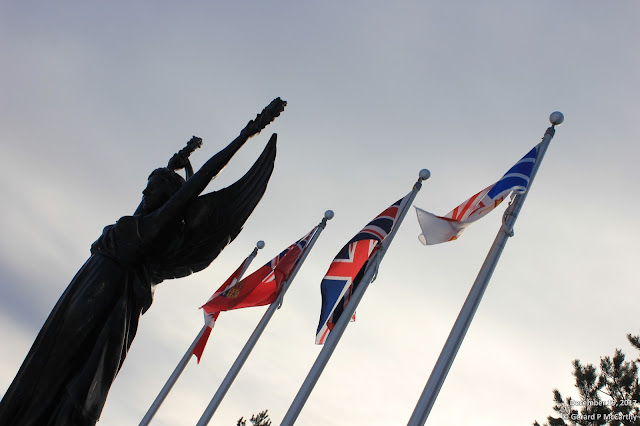 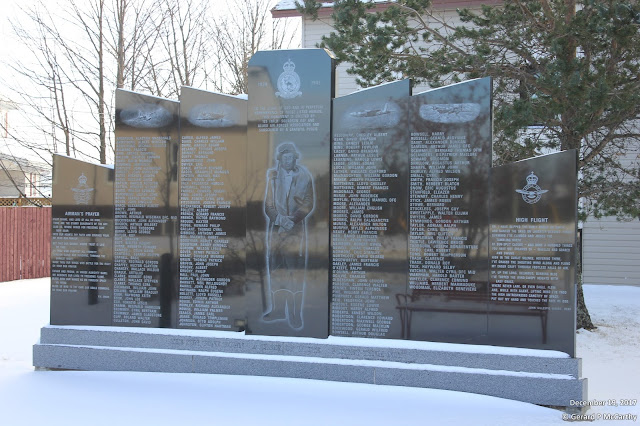